Jonathan Waiter was a photographer and creative director based in New York. Jonathan’s distinctive tone results from his explorations with contrast and human contours to portray unusual expressions of those he referred to as ‘beautiful, lost girls’.

The intense passion for visual stimulation and ongoing hunger for inspiration drove Jonathan to both explore ways to convey his vision through photography and working with the right people at the right places. Born in California (in 1980), Jonathan has studied and delve into 3D character modeling before his career in photography and creative direction. Only accidentally, while borrowing a digital camera to document a birthday party for his niece, Jonathan discovered his affiliation with the camera. It was “something magical” and and left a feeling Jonathan said “to be craving afterwards”.

Jonathan has always been fascinated by people from an artistic point of view. He started photographing the people around him for his personal studies and development in the field of photography. After deciding to take photography to a higher, professional step, Jonathan entered the fashion world, knowing that this would facilitate for him to work with people as a subject of his portraits.

Jonathan’s work speaks loudly with the models he picks to portrait. Which are selected by his personal perception of beauty. “ I have my own ideas of beauty and I'm always trying to find what matches that. I love interesting faces, and not the ones who are too traditionally commercial. I like a certain oddness, or maybe something that reminds me of a wild animal. More important than looks is definitely attitude. I like fearless creative girls. ” This distinctive point of view and odd creative method is highly sensible in the output of Jonathan’s work.

Jonathan advanced his professional photography experience by spending time in The Netherlands. This again allowed him to explore to work with different people and to be inspired by a different environment. After his time in The Netherlands, Jonathan moved to New York in late 2009, where he spend his final years creating high quality, astonishing portraits for personal and commercial purposes, which have appeared in numerous publications worldwide.

In 2012, Jonathan was diagnosed with stage 3B, Diffuse Large B-Cell Lymphoma. This is an aggressive type of blood cancer requiring a violent form of Chemotherapy (R-CHOP) and radiation to increase survival chances. Despite the gravity of the disease, Jonathan has proven to be inexhaustible in absorbing inspiration from people, places and situations around him. Jonathan actively continued sharing his observations and ideas with the increasingly limited abilities he had before his death in early 2015. Jonathan will eternally be deeply admired for his exceptional drive to stay inspired and to inspire others. 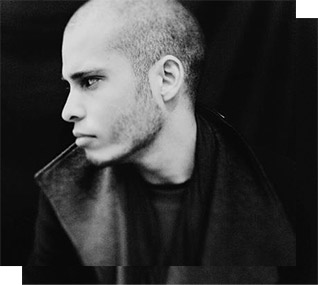 “Life is about avoiding the dangers of an unchanging system”